The first televised action from Newbury on Saturday is the Betfair Bet In-Play Handicap Hurdle over three miles at 1.50. With odds-on favourites Altior (Game Spirit Chase) and Native River (Denman Chase) to follow, punters will be looking for some value in this more competitive contest. The corresponding meeting was lost to the weather last season but this race produced a good winner in 2018 in Talkischeap, subsequent winner of the 2019 Bet365 Gold Cup. 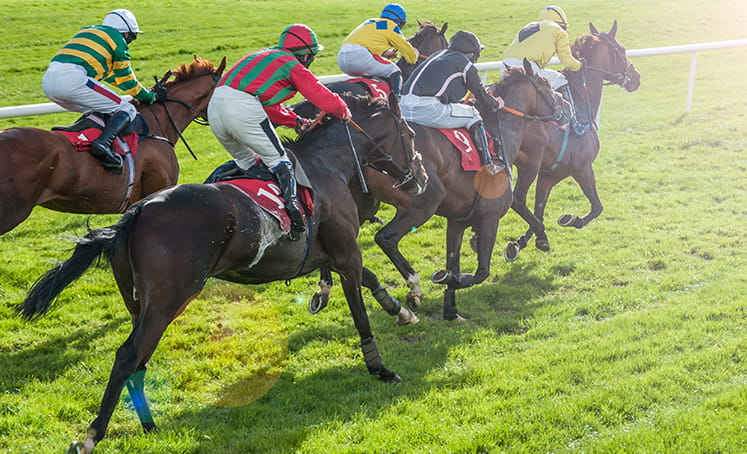 The early favourite is Dolphin Square, a six-year-old gelding by Shantou trained by Philip Hobbs. He won decisively at Ludlow last month, despite jumping to his right in the closing stages. He had previously finished fourth over course and distance behind Champers On Ice in November.

That race could hold the key to the outcome here. One For The Team finished second with Vive Le Roi a neck away in third. Dolphin Square was almost three lengths further away in fourth, Anytime Will Do close-up fifth and Potters Hedger well beaten in tenth.

Vive Le Roi has run well again since and is 9lbs better off with Dolphin Square on Saturday. He is 2lbs worse off with Anytime Will Do and 8lbs better off with One For The Team. Tony Carroll trains Vive Le Roi who finished runner-up to Burrows Edge in an incident-packed Lanzarote Hurdle at Kempton. Two horses departed independently at the final flight so he was probably flattered by his second placing. Even so, that was a valuable event and he was carrying 11st 9lbs.

Anytime Will Do is trained by Dan Skelton and will be ridden by Bridget Andrews this weekend. This will be the first time she has ridden him in public and the gelding is weighted to finish in the money. One For The Team finished a very creditable third to Silver Sheen in a Pertemps Qualifier at Warwick last time. The final of that series would appear to be the logical target and a victory here would give him a better chance of making the final cut.

Welsh Saint could step up in trip for Henderson

Nicky Henderson has entered Welsh Saint, previously untested beyond two miles and five furlongs. The six-year-old showed no signs of stopping when coasting to a fifteen lengths victory at Warwick over that trip in December. He then finished third to Protektorat at Cheltenham on New Year’s Day, beaten almost seven lengths. That was one of the better novice events so it will be interesting to see how the form stands up.

Star Of Lanka ran a good race at Kempton on Boxing Day in first-time cheek-pieces. The six-year-old was beaten less than three lengths by Honest Vic in a race where half of the 16 runners were pulled up. He finished tired on his only previous start over three miles but has had wind surgery since. Acey Milan ran solid races at Plumpton and Haydock but blotted his copybook with a lack-lustre effort at Chepstow on Welsh National Day. He floundered in the heavy ground that day behind Eva’s Oskar and has been given six weeks to recover.

Emma Lavelle’s Thunderstruck was a beaten favourite in a maiden hurdle at Chepstow in November. He then finished 19 lengths adrift of King Roland at Exeter and is being stepped up three-quarters of a mile in trip. Copper Gone West looks a more likely contender, beaten by a useful sort in Silver Forever at Sandown in Listed company. The mare had previously won over this trip at Doncaster but is now racing off a 12lbs higher mark.

The Betfair Bet In-Play Handicap Hurdle is due off at 1.50 at Newbury on Saturday 8th February and will be televised live on ITV4.