The big handicap chase at Kempton Park this weekend is the £57,000 BetBright Handicap Chase over three miles.

The race was formerly known as the Racing Post Chase and is one of the last recognised trials for the Cheltenham Gold Cup and Grand National. Rhyme ‘N’ Reason (1988) and Rough Quest (1996) both won this race and the National in the same season. Other notable winners include Desert Orchid (1990), Docklands Express (1991 and 1992), Gloria Victis (2000) and Nacarat (2012).

Philip Hobbs has trained the winner on four occasions, most recently with Quinz in 2011. Richard Johnson is the leading rider in the BetBright Chase with five victories, the last three of them trained by Hobbs.

Annacotty heads the weights at Kempton

Alan King and Ian Popham team up with the top weight in Annacotty, a nine-year-old son of Beneficial. He won a valuable handicap chase at Cheltenham in January last year but has struggled since. He looks to have a difficult task under top weight but horses have defied big weights in the past, Rocky Creek winning under only 11st 11lbs in 2015.

Dan Skelton’s Three Musketeers unseated his rider at Newbury in November before beating Kilcrea Vale by three lengths at Market Rasen. He is only 2lbs higher on Saturday and was highly regarded as a novice. Nigel Twiston-Davies is represented here by Ballykan, a winner at Perth and Southwell last summer. He has not raced since finishing fourth at Bangor-on-Dee in November, a rich which has produced a couple of subsequent winners in Ziga Boy and Smooth Stepper.

Nicky Henderson has two runners here in Cocktails At Dawn and Triolo D’Alene. The latter won the Hennessy Gold Cup back in 2013 but has not shown anything like that level of form for a very long time. Cocktails At Dawn’s most recent success was in a novice chase at Chepstow in 2015 and he is unproven at the distance.

Paul Nicholls relies on Irish Saint in preference to Caid Du Berlais and Southfield Theatre who were taken out on Thursday. Irish Saint looks better at shorter distances and has finished very tired in recent races over three miles.

The French-bred gelding did win impressively here in 2015 when taking the Grade 2 Pendil Novices’ Chase by fifteen lengths. That was over two and a half miles in soft ground and he has shown all of his best form in testing conditions.

Double Shuffle beat Go Conquer by three and a half lengths over course and distance in December. Tom George’s gelding was bouncing back from a disappointing run behind Roman Flight at Newbury the previous month. He has gone up 6lbs for his recent success but should still be competitive. 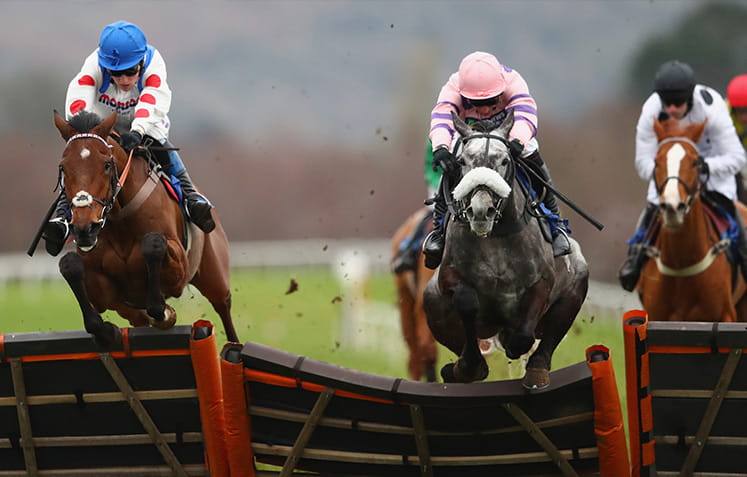 It has been a difficult week for trainer Colin Tizzard with the news that his Cheltenham Gold Cup favourite will miss the race. A tendon injury will keep him out of action until next season, although the stable still has the first two in the betting with Native River and Cue Card.

He saddles Theatre Guide who stormed to a ten lengths win in this race last year. He won off a 10lbs higher mark at Cheltenham in December but did not stay the extended three and three-quarter miles of the Welsh National. He is racing off a stone higher mark than last year.

Fergal O’Brien’s Viva Steve has missed some big handicap chases this season after winning impressively on his first run for the yard in November. He made a couple of mistakes when finishing down the field behind One For Arthur in the Warwick Chase in January. It would be no surprise to see him improve considerably on that effort. Neil Mulholland saddles seven-year-old Fingerontheswitch who left his previous chasing form well behind when winning at Wetherby last month. He wore a tongue tie that day and won so easily that the handicapper has raised him 13lbs.

The BetBright Chase is due off at 3.35 at Kempton Park on Saturday 25th February and will be televised live on ITV4.