The Bet365 Select Hurdle is a Grade 2 race over two miles and five furlongs at Sandown on Saturday. The meeting now brings down the curtain on the official National Hunt season and this race was introduced as recently as 2014.

The spoils have been shared between Nicky Henderson and Paul Nicholls, both winning on two occasions. Henderson won with Polly Peachum in 2015 and again last year with L’Ami Serge. Nicholls claimed the inaugural running with Southfield Theatre and Ptit Zig was successful in 2016 before finishing runner-up last season.

Both trainers are strongly represented on Saturday with Henderson’s Call Me Lord prominent in the betting. The five-year-old posted a career-best effort when just held by Mr Antolini in a controversial finish to the Imperial Cup in March. Jockey Daryl Jacob argued a good case for having the places reversed but the stewards allowed the positions to remain unaltered.

Call Me Lord was attempting to defy 11st 12lbs in soft ground so that was a game effort. He did have a hard race and Henderson elected to by-pass Cheltenham. The five-year-old is yet to race at this distance but his style of running suggests that he will stay. Henderson’s Stowaway Magic is officially rated 17lbs inferior to his stable companion and is difficult to fancy on level terms.

The highest rated performer in the field is the Nigel Twiston-Davies trained Wholestone. The seven-year-old was placed at both the Cheltenham and Aintree festival meetings. He was a creditable third to Penhill in the Stayers’ Hurdle before chasing home Identity Thief at Liverpool. The son of Craigsteel does lack a bit of acceleration so he is likely to be up with the pace from the outset on Saturday.

Momella is the least exposed runner in the field and comes here after a fine run at Aintree. The mare was returning after a 119-day absence when third to Black Op over this distance. That was a Grade 1 novices’ hurdle so it will be fascinating to see how the form holds up against these more seasoned campaigners.

Paul Nicholls has two entries with Old Guard and Blu Cavalier. The former was beaten a distance behind Identity Thief at Liverpool but he clearly failed to stay three miles that day. He had previously beaten Lil Rockerfeller at Fontwell at this shorter distance. He ran in this race a year ago and could finish only seventh behind L’Ami Serge. Blu Cavalier is chasing a four-timer after novice victories at Taunton and Wincanton (twice). Official ratings suggest that he has to improve by at least a stone to feature in this grade.

Lil Rockerfeller cut no ice at the two big festival meetings for Neil King. He would have a chance on his best form, runner-up in the Stayers’ Hurdle to Nichols Canyon in 2017. The drop back in trip and better ground could bring about an improvement. Midnight Tour ran a tremendous race at the Cheltenham Festival to finish second to Benie Des Dieux in the Mares’ Hurdle. That was by far her best run to date but it may have left its mark. 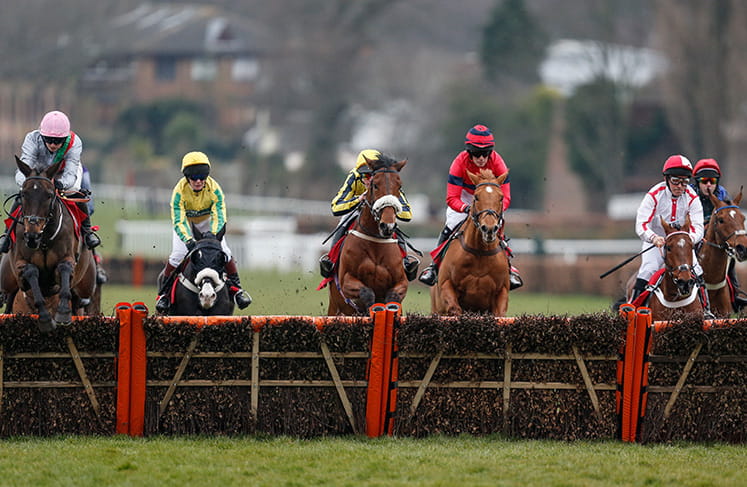 The Bet365 Select Hurdle is due off at 4.05 on Saturday 28th April and will be televised live on ITV.