The 3.00 race at Ascot on Saturday is the £75,000 Bet365 Handicap Chase over an extended two miles and five furlongs.

Bookmakers have installed Harry Fry’s Acting Lass as the clear market leader following victories at Market Rasen and Leicester. The seven-year-old will be racing for only the third time over fences on Saturday. Acting Lass had a length and a quarter to spare over Ballyarthur last time but has only been raised 2lbs for that success.

Ryan Day rides Guitar Pete for Nicky Richards, winner of the valuable Caspian Caviar Gold Cup at Cheltenham last month. The grey had almost been brought down on his previous start when only ninth at the same track. The going was extremely testing on both occasions and he had to battle bravely to beat Clan Des Obeaux.

The handicapper has raised the eight-year-old 5lbs but he should still be competitive. Guitar Pete was a top class juvenile hurdler earlier in his career. He finished third in the Triumph Hurdle before winning at Aintree.

Nigel Twiston-Davies saddles Robinshill, a seven-year-old gelding by Robin Des Champs. He has won his last two starts, both over two miles at Ludlow. He is not the most fluent of jumpers and has shown a tendency to jump out to his left. That could be a disadvantage at Ascot and the longer trip is also a concern.

Fergal O’Brien’s Master Dee was a good second to On Tour at Aintree back in November. He looked set to score approaching the last but was reeled in and finished tired. The testing conditions probably found him out in the closing stages so conditions will be hoping for better ground at Ascot.

Shantou Flyer is an eight-year-old gelding trained by Richard Hobson. He has won five of his 21 races over fences and was a good second to Ballyhill in heavy ground last time. That was at Cheltenham on New Years’ Day when racing in cheek-pieces for the first time. That was by far his best run since joining Hobson from Rebecca Curtis in October. 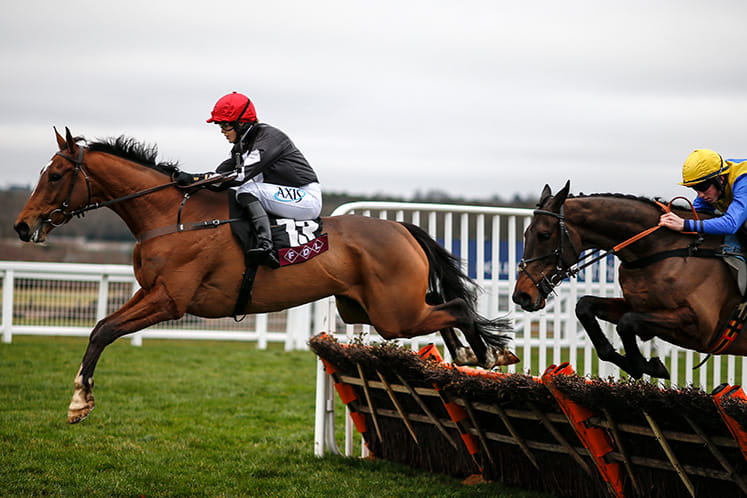 Nicky Henderson is likely to rely on Kilcrea Vale, an eight-year-old gelding by Beneficial. He has started favourite for each of his last three races but has been beaten each time. He was particularly disappointing last time at Doncaster when failing to see out the three-mile trip. The drop back in distance should bring about an improved display, especially with the stable now firing on all cylinders. Henderson has recorded a 41% strike rate over the past fortnight.

Lucinda Russell hit the headlines when landing the Grand National last year with One For Arthur. She has a chance of bagging another valuable prize here with Forest Des Aigles. The seven-year-old has won his last three races in the north of England and now takes a big step up in class. He defied a 7lbs rise in the weights last time at Bangor-on-Dee over three miles in heavy ground. The handicapper has pushed him up a further 8lbs but he still gets in with only 10st 2lbs to carry.

Le Boizelo is currently out of the handicap by a couple of pounds but cannot be discounted. He romped home in heavy ground at Wincanton last time for Robert Walford. He will be racing off a 10lbs higher mark at Ascot on Saturday. Venetia Williams has entered top weight Tenor Nivernais along with Willie Boy. Tenor Nivernais has not raced for almost 300 days while Willie Boy needs to bounce back from a poor run at Newbury at the start of December.

The Bet365 Handicap Chase at Ascot is due off at 3.00 on Saturday 20th January and will be televised live on ITV4.