Paul Nicholls trained the winner for the fourth time with Just A Par in 2015. Neil Mulholland saddles The Young Master who will attempt to repeat last year’s victory in this race. Sam Waley-Cohen rode the gelding to a short-head victory over Just A Par in a thrilling finish.

He was racing off a mark of 148 that day and races off an identical rating on Saturday. He has not troubled the judge in four subsequent races, including when falling at the sixth fence in the Grand National. He was quietly fancied that day following a promising sixth out of 23 at the Cheltenham Festival in the Ultima Handicap Chase. His profile is very similar to last week’s Scottish Grand National winner Vicente. He was also a faller at Aintree and bounced back to repeat his win in the feature race at Ayr.

Stable companion Doing Fine has been installed as the favourite. He won his most recent start at Cheltenham earlier this month when beating Ugolin De Beaumont by six lengths. He was a game second over course and distance in the Veterans’ Chase won by Rocky Creek in December. He has only once finished out of the frame in five races over three-and-a-quarter miles or further.

Mulholland’s hand is further strengthened by The Druids Nephew, an unlucky faller in the Grand National in 2015. He led six from home and was still going strongly when falling at the next. He has not won since, but was not disgraced when seventh at the Cheltenham Festival in March.

Nicky Henderson won this race with Brown Windsor in 1989 and Hadrian’s Approach in 2014. He has two live contenders this year with Vyta Du Roc and Sugar Baron. The former is an eight-year-old son of Lion Noir who started favourite at Kempton in February. He made mistakes in the closing stages and lost a shoe in the process of finishing fifth behind Blameitalonmyroots. He would have a big chance if reproducing his run in the Hennessy Gold Cup in November when sixth to Native River.

Sugar Baron unseated his rider at the first fence in the Scottish National. He was supported into odds of 10-1 at Ayr following a decent effort at the Cheltenham Festival. He beat Present Man by four-and a-half lengths off level weights at Wincanton last May. He is set to receive 8lbs from that rival on Saturday so is well handicapped if he can keep his jumping together. 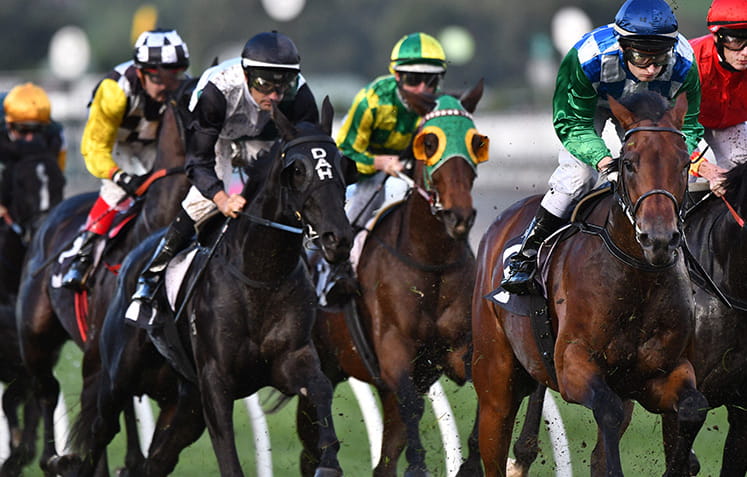 Paul Nicholls has three entries here with previous winner Just A Par joined by Present Man and Southfield Theatre. Present Man is yet to win beyond three miles and likes to be up with the pace. He has done most of his racing in small fields and could be disappointed if he is taken on in the early stages.

Harry Cobden rides Just A Par, who went so close to winning this race for a second time last season. He made some late progress but never really threatened to get involved at Aintree, eventually finishing fourteenth. He had run a similar race 12 months ago, and is only 1lb higher in the handicap.

Southfield Theatre will be ridden by Sam Twiston-Davies after finishing eighth at Cheltenham in December. He was fourth a year ago behind The Young Master but has not shown much since.

Rock The Kasbah is a seven-year-old gelding by Shirocco out of a mare by In The Wings. He won at Chepstow in February before finishing second to American at Uttoxeter last month. Viva Steve won well at Ayr in November but has disappointed in two subsequent races at Warwick and Kempton.