The race was formerly known as the Whitbread Gold Cup, a handicap chase over an extended three and a half miles. Fulke Walwyn trained the winner on seven occasions, two of those victories provided by Diamond Edge (1979 and 1981). That horse came close to landing a record third victory when denied by stable companion Special Cargo in 1984. Topsham Bay (1992 and 1993) and Ad Hoc (2001 and 2003) joined Larbawn (1968 and 1969) as two-time winners.

The weights are headed by Blaklion this year, brought down at the first fence in the Grand National. That was a bitter blow to connections after aiming the nine-year-old at Aintree all season. In all probability, he would have struggled in the heavy ground that day. He would not be running here unless trainer Nigel Twiston-Davies was confident that he was in good form.

Twiston-Davies also has Bigbadjohn entered, quietly fancied for the Topham at Aintree. He got no further than the third fence before unseating his rider. He had won on his first start for the yard in February.

Anthony Honeyball withdrew Regal Encore from the Grand National at the eleventh hour after some disappointing test results. He had finished eighth a year previously and a win at Ascot in February offered plenty of encouragement that he may have been a contender this season. Unfortunately it was not to be and he has been diverted to Sandown. He is 4lbs higher in the handicap than when successful at Ascot.

Missed Approach earned many admirers with his gutsy win at Cheltenham last month. He looked certain to be beaten by Mall Dini turning for home but would not be denied, battling on gamely to win by half a length. That was his first run since a wind operation in February and he has been raised 8lbs by the handicapper. He has been well backed this week in anticipation of another bold display.

Nicky Henderson won this race with Brown Windsor (1989) and Hadrian’s Approach (2014). He went close with Vyta Du Roc last year while Sugar Baron faded to finish seventh. The latter did not jump particularly well that day and was beaten less than three lengths. He also ran well here in December when just failing to catch Benbens in the London National. Sugar Baron was never in contention behind Missed Approach at Cheltenham last time but it would be no surprise to see him bounce back here.

Rock The Kasbah won well at Chepstow in October but was pulled up in heavy ground at Haydock next time. He caught the eye in this race last year when staying on from a hopeless position to finish a close sixth. His preparation leaves a lot to be desired this season and he is racing off a 7lbs higher mark.

The Young Master won this race for Neil Mulholland in 2016 when rated 148. He has tumbled down the handicap since and is now 16lbs lower. He hinted at a return to form when sixth at Cheltenham but parted company with his rider at the first fence in last week’s Scottish National.

Mulholland also has Carole’s Destrier. The ten-year-old would be something to bet on, were he able to reproduce the form of his second to Native River at Newbury in 2016. He has failed to complete in his last two races.

Mark Bradstock’s easy Fakenham winner Step Back looks the best of the remainder, although this is a big step up in class. Minella Daddy looks a bigger threat if you are prepared to overlook his latest run in heavy ground at Cheltenham. He had previously finished a length and a half behind Regal Encore at Ascot and is now 4lbs better off. 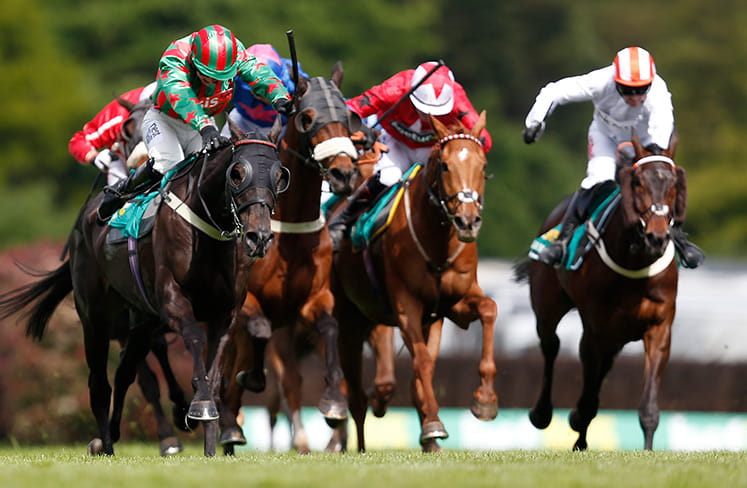