The big betting race at Aintree on Saturday is the £140,000 Betfred Becher Chaser of three and a quarter miles at 1.35.

The race was introduced in 1992 to act as a trial for the Grand National provide trainers with an opportunity to give their horses experience over the unique Aintree fences. Earth Summit won the race in 1998, the season after winning the National, while Amberleigh House (2001) and Silver Birch (2004) both won here before winning the National.

Earth Summit carried 12 stone to victory, matching the previous record set by Young Hustler in 1995. Vic Venturi defied 11st 12lbs in 2009 but the last six winners have carried between 10st and 10st 12lbs. Nigel Twiston-Davies is the most successful trainer in the Becher Chase with five winners, most recently scoring with the fourteen-year-old Hello Bud in 2012.

The Last Samuri carries to weight at Aintree

The weights are headed by last year’s Grand National runner-up The Last Samuri. Kim Bailey’s eight-year-old travelled well in April but could not repel Rule The World and was beaten two lengths. He has gone up 10lbs in the ratings since and needed the run when only fifth to Valseur Lido at Down Royal last month. Brian Hughes is the jockey in form and has been snapped up by Bailey with regular rider David Bass in action at Sandown.

There is no stopping Colin Tizzard at present with big race wins for Cue Card and Native River in the past fortnight. He also has Cheltenham Gold Cup favourite Thistlecrack in his care and relies on recent winner Viconte Du Noyer at Aintree.

The seven-year-old joined Tizzard from Ireland last month and made a winning start at Cheltenham when beating Warrantor by a length. He has gone up 6lbs and will be partnered by Aidan Coleman on Saturday.

Bookmakers have installed Ucello Conti as the ante-post favourite, an eight-year-old trained by Gordon Elliott. He was second in the Paddy Power Chase at Leopardstown in December and finished sixth in the Grand National in April. He is now 11lbs better off with runner-up The Last Samuri and had a warm-up race over hurdles in Ireland recently.

Eleven-year-old Alvarado knows his way around here better than most, having been placed in two Grand Nationals. He was fourth behind Pineau De Re in 2014 and filled the same spot last year behind Many Clouds. He missed the cut last year and was diverted to Ayr for the Scottish National where he ran on strongly in second place behind Vicente. He caught the eye when finishing sixth behind Viconte Du Noyer at Cheltenham in November and his experience round here makes him a live contender.

The Young Master has not raced since winning the valuable Bet365 Gold Cup at Sandown in April. He battled on gamely to hold Just A Par by a short-head and starts the season on only a 2lbs higher mark. Double Ross represents the Twiston-Davies stable and will have his supporters after his third place in last week’s Hennessy Gold Cup. He has finished fifth twice at Aintree but pulled up in last year’s Grand National after his saddle slipped. 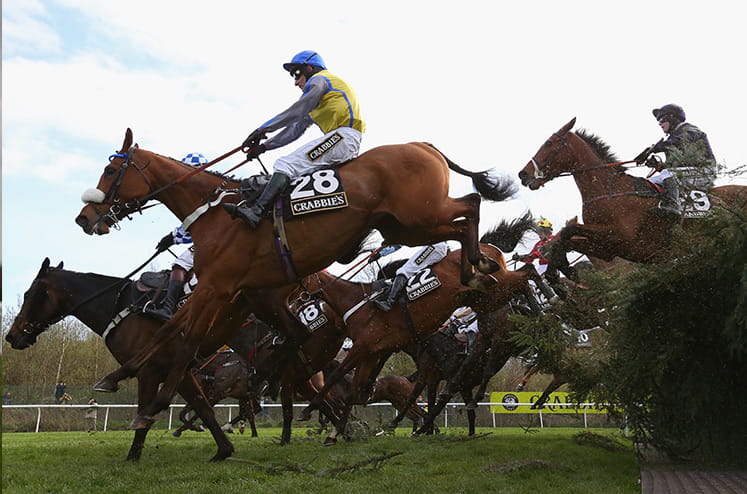 David Pipe’s Vieux Lion Rouge was a 66-1 outsider in the National and completed the course in seventh place. That followed a decent run at the Cheltenham Festival and he makes his seasonal reappearance with Tom Scudamore aboard. Alan King is doubly represented with Midnight Prayer and Ziga Boy, ridden by Wayne Hutchinson and Tom Bellamy respectively. The latter won the Skybet Chase at Doncaster last season and should be fitter for his run at Bangor-on-Dee last month.

Irish raider Sizing Coal won in heavy ground at Sligo in September but pulled up on his previous visit to the UK in the Midlands Grand National in March. Highland Lodge won this race last year for James Moffatt but has only managed one race since, pulling up in the Scottish National. Silvergrove and Saint Are are others to consider in a wide open contest.

The Becher Chase is due off at 1.35 at Aintree on Saturday 3rd December and will be televised live on Channel 4.