The big betting race this weekend is the Ayr Gold Cup, one of the richest sprint handicaps of the season. The race received a massive entry of 184 horses with 25 making the cut for Saturday’s feature race.

The nature of the race inevitably favours the bookmakers with the race often run in testing conditions. The going is certain to be heavy this year with the first day of the meeting having been abandoned due to waterlogging.

Winning favourites have been few and far between, Don’t Touch in 2015 being the only one to oblige in the last twenty years. Kevin Ryan has been the most successful trainer in recent seasons with four winners in the last decade. Brando defied 9st 10lbs last season for Ryan, matching the weight carrying performance of Coastal Bluff back in 1996.

Shanghai Glory was installed as favourite in the ante-post lists following a couple of excellent efforts in top sprint handicaps. The Charles Hills-trained gelding was a close fifth in the Stewards’ Cup at Goodwood before finishing third in the Great St Wilfrid at Ripon. He was finishing strongly in both races and will be partnered by 3lbs claimer Callum Shepherd.

Aeolus finished second in the Stewards’ Cup for Ed Walker and Pat Cosgrave. He ran over seven furlongs at York next time but did not stay and that form can be safely ignored. He has form in the soft and is 8lbs lower than his career-best rating.

Donjuan Triumphant is an interesting runner from the Andrew Balding stable. He was a Group 2 winner as a juvenile when trained by Richard Fahey. The son of Dream Ahead was runner-up in a Group 1 sprint a year ago and gained his first victory since at Haydock last time. That was over seven furlongs when making all the running to hold Yattwee by a length and a quarter. He finished only ninth in the Stewards’ Cup and is now racing off a 3lbs higher mark.

John Gosden has never won the Ayr Gold Cup but has a live contender this year in Johnny Barnes. The five-year-old was also a seven furlong winner last time out when beating Burnt Sugar at Goodwood. He was a Group 3 winner over a mile back in 2015 and was only eighth in this race last year off a 1lb lower mark.

Richard Fahey saddles Toscanini for Godolphin, a five-year-old gelding by Shamardal. He has won five of his 27 races but is yet to score since joining Fahey in December. He put up his best effort to date when beaten a neck by Talaayeb in a Group 3 at York over seven furlongs. Tony Hamilton takes the ride with Paul Hanagan aboard stable companion Stamp Hill. He sprang a 50-1 surprise at Ascot in July over seven furlongs in first-time blinkers. He is 8lbs higher on Saturday but is preferred to Fahey’s Kimberella, Growl, Mr Lupton, Rene Mathis, Eastern Impact and Withernsea. The latter will love the ground but may find the six furlongs on the sharp side. 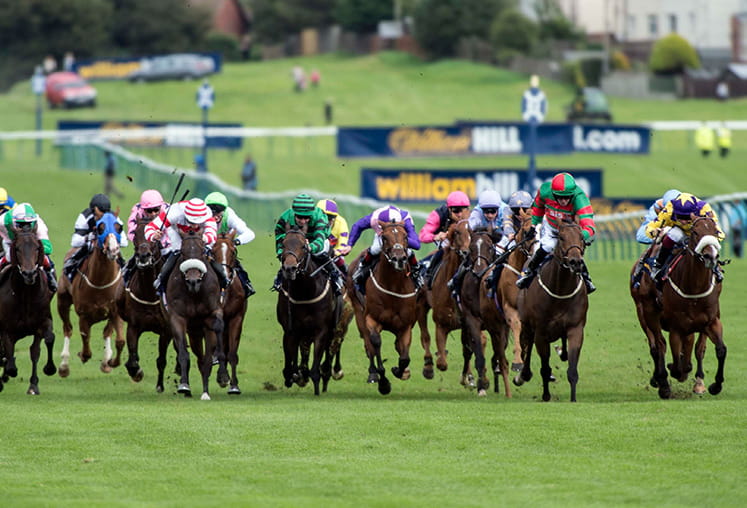 Ice Age is in the form of his life for Eve Johnson Houghton and is chasing a four-timer on Saturday. He is only 3lbs higher than when beating Al Qahwa at the Curragh in soft ground. That followed a comfortable win at Windsor when making all the running to beat Upstaging by a length.

Kevin Ryan bids to improve his impressive recent record in the race with Teruntum Star. He bounced back to form when beating Red Pike by a neck at Ripon last month. He has only raced on soft ground once previously, winning at Newmarket back in 2015.

The Ayr Gold Cup is due off at 3.45 on Saturday 23rd September and will be televised live on ITV4.