David Warner, Cameron Bancroft and Steve Smith have written the darkest chapter in Australian cricket’s recent history. Cricket Australia have acted swiftly to ban the trio but have they over-reacted due to the public outcry and the Prime Minister’s involvement? Does the punishment really fit the crime?

Australia, as a sporting nation are almost in a state of mourning following the ball tampering scandal that has rocked Australian cricket to its core. Just three short months ago, Australia were on a high after humiliating their oldest enemy, England in The Ashes. Today, Australia’s reputation as a cricketing super power is in the sewer.

The scandal engulfing the sport even caught the eye of Australian Prime Minister Malcolm Turnbull. Turnbull was extremely vocal in his condemnation of the national team. The 63-year-old wasn’t shy in declaring his disgust and lambasted the squad for failing to be a role model of cricket as a sport that is synonymous with fair play. The Prime Minister even went as far as disowning the team, sighting his disappointment and concerns and he demanded a decisive response by Cricket Australia.

The penalty imposed to the trio

The captain Steve Smith and vice-captain David Warner were banned for a year by Cricket Australia and stripped of their captaincy while Cameron Bancroft received a nine-month ban. Warner who is 31 has been banned from any team leadership position in future.

Smith and Bancroft who are 28 and 25 years respectively have also been banned from captaining Australia for the next two years. International Cricket Society fined Smith the whole match fee and gave him a one-match suspension while Bancroft was fined 75% of his total match fee and given three demerit points.

The Australian Sports Commission (ASC) condemned the action of ball tampering and stated that the team failed to meet the expectations of integrity that is required from them as country representatives for the cricket fans worldwide and most importantly as iconic role models to the young cricket generation.

The commission also called for the captain Steve Smith along with any member of the team or coaching staff who was involved in the scandal to step down as the Cricket Australia completes a full investigation into the matter.

The Cricket Australia CEO, James Sutherland also aired his disappointment as a fan of the sport and spoke on behalf of every Australian cricket fan having to wake up to the devastating news. He insisted on having a thorough investigation into the matter before any action or decision is made regarding the mater.

Over before it began for Bancroft

The repercussions of the ball tampering have not only hit the trio on the international stage with sponsors and even employees terminating contracts. Bancroft has been hit particularly hard, losing his county contract as a result.

The opening batsman Bancroft had signed for Somerset in December and was set to play the start of the 2018 County Championship Season at Taunton. Somerset director of cricket made the announcement saying they have commenced a search for his replacement. The director confirmed that they have been in contact with the batsman and offered support as he is still young and such mistakes are common.

Another loser is the Australian national coach Darren Lehman who resigned in response to the event. Despite being cleared off any involvement in the cheating incident, the emotional coach announced that he will resign after the fourth Test against South Africa. In an interview, Lehman defended his players saying they were good people and should be given a second chance.

Not everyone agrees with the harsh penalties handed out to the players though. Shane Warne, former Australian International cricket player and ODI captain, has blamed the media overreaction and treatment of Warner, Cameron, Bancroft and Smith on the Prime Minister. He feels that the politician’s involvement only aggravated the situation. Shane went on to commend the honesty in Smith’s emotional apology saying it showed that Smith had genuine remorse for his actions.

Cricket is no stranger to ball and even match fixing scandals, but many fans feel there are inconsistences when it comes down to punishments, leading to allegations of team cover-ups and media favouritism.

In the 1991 England vs West Indies match, Alex Stewart was the England player who was guilty of tampering with the match ball with his thumbnail. This was seen by the match official who informed the umpire John Holder. Holder reported the incident in the match report. A month later, despite widespread praise for his performances, Holder was dropped from officiating games.

Another English example was the famous incident back in 1994 with Mike Atherton’s ‘dirt-in-the-pocket’ antics. Atherton’s feeble excuse was that he was maintaining the condition of the ball rather than altering it. When found guilty his punishment was a £2,000 fine and no tearful apology on national TV. So, it’s easy to agree at least partially with Warne’s claims of over-reaction by the Australian cricket board.

Consequences to the Australian team

Despite the obvious risk of losing sponsorship deals and television rights being affected, it is the damage to the reputation that will hurt Australians most. Cricket is unique in sport in the fact that it is governed by almost as many unwritten rules as it is by written ones. The purists are leading the demands for a clean sweep of the entire team, questioning if this really is a “one-off” incident or an indicator of a more systematic culture of cheating by the Australians. 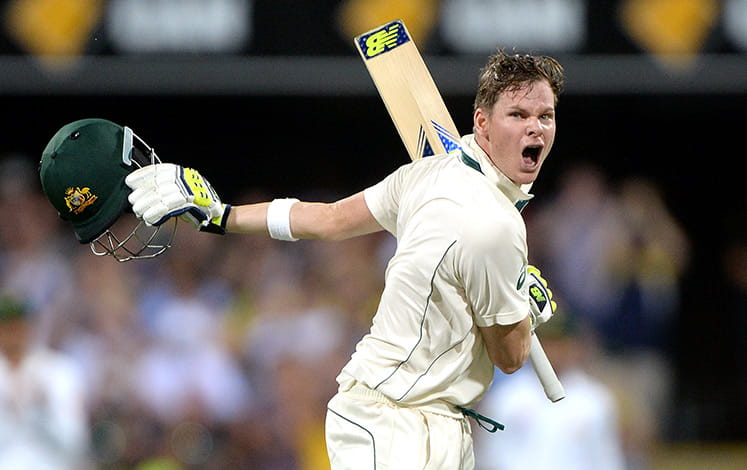 Not surprisingly, the British press have loved the turmoil surrounding the Aussie cricket team, pure schadenfreude at its finest. And just as the Australians love to report on our players’ ill-discipline and indiscretions, the UK popular press were also keen to stick the boot in.

Pictures of Steve Smith breaking down in tears were accompanied with headlines of Captain Cry Baby, Bawl-tampering and Crying shame of Aussie cheats. Even the more moderate papers still led with headlines such as Broken and Tears, lies and goodbyes.

It’s sad news to lose such huge talent in the cricketing scene for the next year but there can be no doubt that this will prove a sobering warning to all players who are tempted to cheat to gain an advantage. But perhaps more importantly, it sends the correct message to the next generation of fans that not playing by the rules, just isn’t cricket!