The 3.00 race at Sandown Park on Saturday is the £70,000 Group 3 Atalanta Stakes for fillies and mares over a mile. The race was upgraded from Listed level in 2012 and often attracts horses that go on to prove Group 1 class. Sir Michael Stoute is the leading trainer in the history of the event with six winners. He was successful with Dabaweyaa (1988), Hyabella (1991), Wasseema (2006), Strawberrydaiquiri (2009), Dank (2012) and Integral (2013). Last year’s race was won by Aljazzi for Marco Botti and Andrea Atzeni.

The favourite here is Sir Michael Stoute’s Veracious, a three-year-old daughter of Frankel. The filly made a promising debut to finish third at Newbury before winning a Newmarket maiden by four lengths in October. Stoute had Classic aspirations for Veracious in the spring but she did not make the 1000 Guineas line-up, eventually reappearing at Royal Ascot.

It is a measure of how highly she is regarded that she started her campaign in the Group 1 Coronation Stakes at Royal Ascot. The field included the winners of both the English and Irish 1000 Guineas. Veracious ran quite keenly and eventually finished a creditable third behind the impressive winner Alpha Centauri.

Her next outing was at Glorious Goodwood when filling the same spot behind Wild Illusion in the Group 1 Nassau Stakes. She never really looked like getting to the winner but that form entitles her to win a race of this nature. Veracious was only denied second by a short-head by Urban Fox, a Group 1 winner rated 115. Stoute’s record speaks for itself in this race and Ryan Moore has been booked for the ride.

Laugh Aloud is another serious rival, owned by Godolphin and trained by John Gosden. She looked set to progress to Group 1 level last season after winning the Princess Elizabeth Stakes at Epsom by five lengths. She met with a set-back and has not raced since June last year. Laugh Aloud has been defeated on all three previous outings after a break and she may just need this run to put her straight.

Awesometank had half a length to spare over Desert Diamond here in July. James Doyle let her bowl along in front that day and she was always holding the runner-up. Desert Diamond gave the form a boost when winning a Listed race at York by six lengths next time. Awesometank was stepping up from winning a handicap on the all-weather at Chelmsford City and she needs to raise her game to beat Veracious and Laugh Aloud.

Winter Lightning won the UAE 1000 Guineas in February before finishing third to Rayya in the UAE Oaks. The Shamardal filly now makes a belated return to action in the UK. She finished second to Veracious at Newmarket in October. Clon Coulis won the Listed Pipalong Stakes at Pontefract in July. She then held Di Fede by a neck, despite hanging sharply in the closing stages. The field is completed by New Day Dawn, left trailing by Unforgetable Filly at Haydock recently. The winner was a late scratching from this event but New Day Dawn needs to post a career-best to feature here. 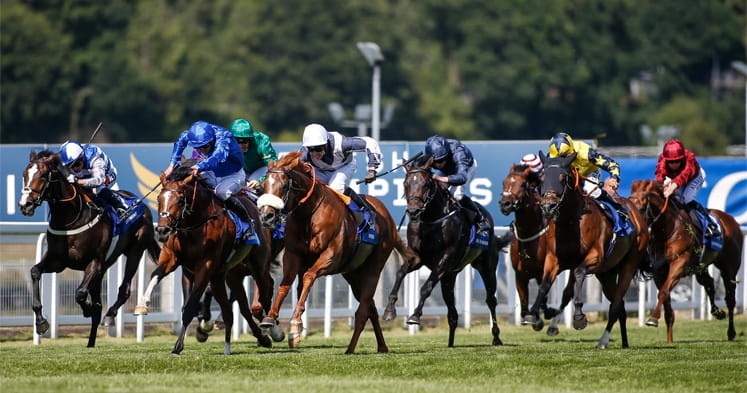 The Atalanta Stakes is due off at 3.00 at York on Saturday 1st September and will be televised live on ITV4.