The big betting race at Ascot on Saturday is the £105,000 Totescoop6 Victoria Cup over seven furlongs. The race is open to horses aged four years and upwards and has been won by some high class handicappers over the years. Notable previous winners include Tremblant (1984), Yeast (1996), and Iffraaj (2005). Flash Fire won the race last season for Godolphin and Charlie Appleby when beating Mutawathea and Buckstay.

Bookmakers had chalked up the William Haggas-trained Afjaan as the ante-post favourite at 7-1. The five-year-old son of Henrythenavigator has won four of his eleven races, most recently winning over this trip at Haydock last month. He was due to race off a 6lbs higher mark at Ascot but was taken out on Thursday.

Haggas instead relies on Fastnet Tempest and Squats. The former caught the eye when beaten only half a length into third in the Newbury Spring Cup. He drops back a furlong but showed plenty of pace that day and should not be inconvenienced.

Squats is a five-year-old gelding by Dandy Man ridden by Georgia Cox. He ran a fine race over course and distance in October when finishing third to Librisa Breeze. He is yet to finish out of the frame in six visits to Ascot but has not won since September 2014.

John Gosden has two entries here with top weight Gm Hopkins joined by Remarkable. Both have chances on their best form but are making their seasonal reappearances. Gm Hopkins has looked in the grip of the handicapper lately while Remarkable ran well here over a mile in October and Kieran Shoemark claims 5lbs off his back.

Andrea Atzeni rides Donncha for Robert Eddery, a six-year-old son of Captain Marvelous. He has won five of his 25 races and regularly runs well in these big handicaps. His overall form suggests that he may be better at a mile. 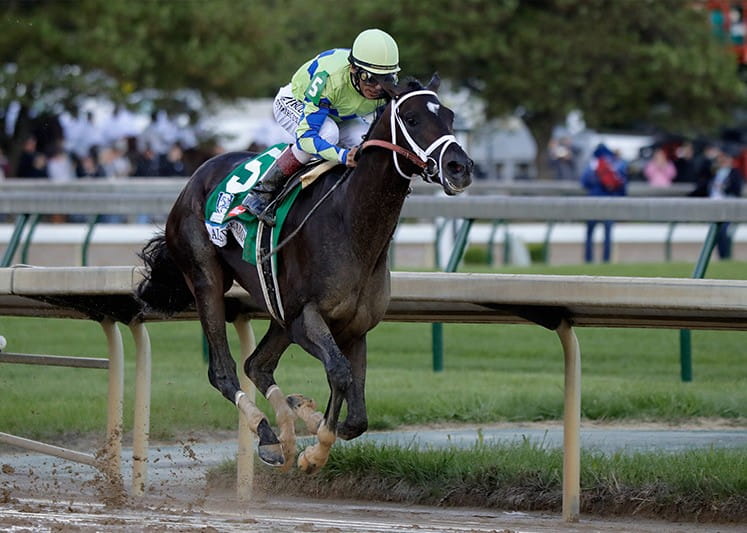 Fran Berry Booked for Above The Rest

David Barron has booked Fran Berry to ride Above The Rest, a six-year-old gelding by Excellent Art. He has four career victories from 23 races, most recently strolling to a seven lengths win at Chester in September. He was raised 9lbs for his next start at Ripon but he found the six furlongs on the sharp side and finishing fourth to Intisaab. He resumes off the same handicap mark here and should handle the quicker ground.

The best backed outsider in recent days has been Ride Like The Wind for Kevin Ryan and Adam Kirby. He was formerly trained in France by Freddie Head and will be having only his third start in the UK on Saturday.

Hors De Combat Back On A Winning Mark

Hors De Combat has gradually dropped down the handicap and could be back on a winning mark. Denis Coakley’s gelding was rated 110 in 2015 when placed in Group 3 company. He is now 7lbs lower and showed plenty of promise last time out when narrowly beaten at Bath. He is also fit from a winter campaign in Dubai and will be ridden by Oisin Murphy.

Outback Traveller won last season’s Wokingham Handicap here over six furlongs for Robert Cowell. He ran moderately in his final two races and goes back up in trip here.

The Victoria Cup is due off at 4.00 on Saturday 13th May and will be televised live on ITV4.