The big betting race at Ascot on King George day is the £150,000 Gigaset International Stakes over seven furlongs at 3.00. The race regularly attracts horses that ran in the Royal Hunt Cup at Ascot and the Bunbury Cup at Newmarket.

Ryan Moore is an eye-catching booking for Fastnet Tempest who finished nearly five lengths adrift at Ascot. He was held up that day and finished strongly without ever looking likely to land a blow. The faster pace over seven furlongs should suit him and he wears blinkers for the first time on Saturday. Moore will try to produce him as late as possible. Fastnet Tempest is racing off a 10lbs higher mark than when winning the Victoria Cup.

John Gosden’s Remarkable was just denied by Rusumaat in testing conditions at Newbury last Saturday. He had finished four lengths adrift of Zhui Feng when finishing sixth in the Hunt Cup. Dettori was hard at work some way out at Newbury and will have to earn his fee to win on Saturday. Stable companion Johnny Barnes was behind Remarkable at Newbury and they meet again on identical terms.

Viscount Barfield drawn widest of all

Roger Charlton’s Makzeem is prominent in the betting after chasing home Parfait at Newmarket. The winner was well handicapped that day after running well in the Jersey Stakes at Royal Ascot. Makzeem stuck to his task well in second and is set to run off a 3lbs lower mark on Saturday. He is drawn in stall 1 so Silvestre de Sousa will be looking for a run up the far rail.

Andrew Balding saddles the hat-trick seeking Viscount Barfield, the winner of a Listed race at Chester last time out. He beat Jungle Cat by a head and that horse has since bolted up by five lengths at Haydock. Jungle Cat is officially rated 113 which suggests that Viscount Barfield will take some stopping off a mark of 97. The pair met at level weights at Chester. He has drawn 28 of 28 which is a slight concern, although the fancied Fastnet Tempest (24) and Above The Rest (27) are close by.

Robert Winston has been booked for Flaming Spear, a five-year-old trained by Kevin Ryan. He was thought good enough to contest the French 2000 Guineas in 2015. The Lope de Vega gelding has not lived up to those lofty ambitions but bounced back with a win at Newcastle in January. Ryan is a shrewd judge of the handicap and Flaming Spear could be one to note in the betting market.

Shane Kelly rides Gossiping who was denied a hat-trick when only seventh to Above The Rest at Newmarket. That was still a creditable effort off an 8lbs higher mark than when previously successful at Goodwood. If the going deteriorates at Ascot, Withernsea would also come into the equation. Richard Fahey’s six-year-old was seventh last year on good to firm ground. He is a much better horse with cut in the ground and has the assistance of Gerald Mosse in the saddle. 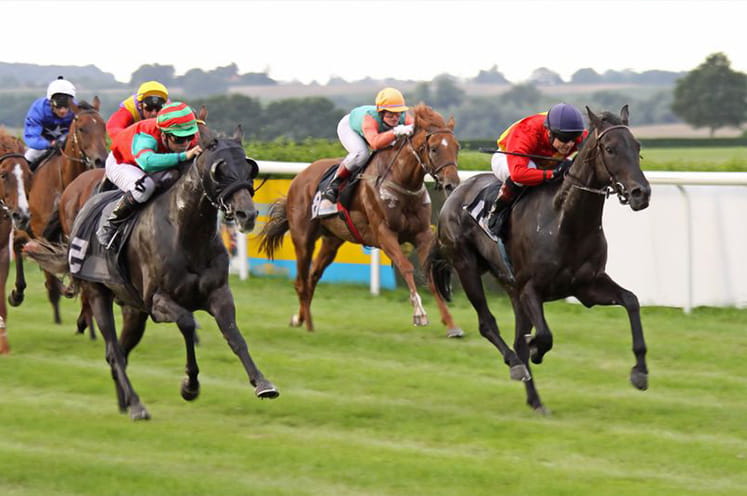 The International Stakes is due off at 3.00 on Saturday 29th July and will be televised live on ITV.