The highlight of Saturday’s Ascot card is the £100,000 Ascot Chase over two miles and five furlongs. The distance of the race makes this a suitable trial for the Ryanair Chase at the Cheltenham Festival. Notable past winners include Monet’s Garden (2007, 2010), Riverside Theatre (2011, 2012) and Cue Card (2013, 2017). Last year’s race was won by Riders On the Storm, trained by Nigel Twiston-Davies and ridden by Sam Twiston-Davies. 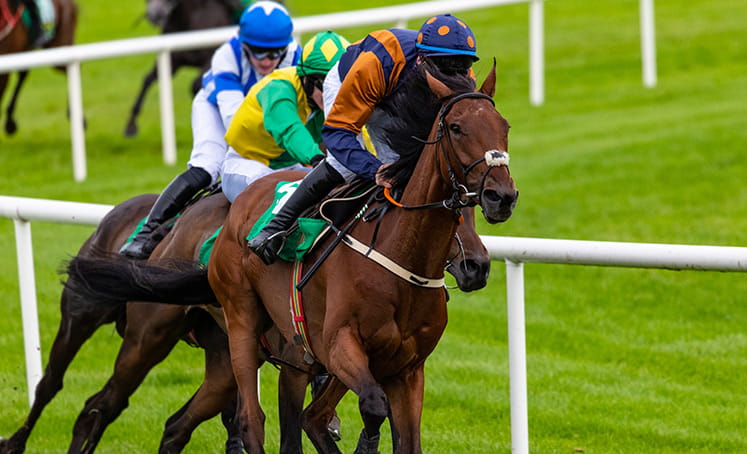 Cyrname Aims To Bounce Back From King George Defeat

The Paul Nicholls-trained Cyrname has put in some breath-taking performances but lacks consistency. He became the highest-rated steeplechaser in training after toppling Altior over course and distance in 2019. He started hot favourite for the King George on his next start but was beaten 21 lengths by stable companion Clan Des Obeaux. He came here last year as long odds-on favourite but was a beaten horse when he fell at the last. Given a 259-day break, Cyrname revived hopes that he could establish himself as a true champion when winning the Charlie Hall Chase at Wetherby in October. That race appeared to answer the questions about his ability to stay three miles and to race left-handed. Starting 5-2 for the King George on Boxing Day, he was never travelling and was pulled up by Harry Cobden after the fourth last. He is now back on his favourite track and ideal trip, but question marks remain.

Nicholls also provides his main market rival in Master Tommytucker. Neither horse has the Cheltenham Festival high on the agenda, so it sets up an intriguing contest. Master Tommytucker is another bold front-running type. He was always in control at Kempton in January when beating Clondaw Castle by 12 lengths. He seems at his best when allowed to dictate the pace in small fields.

Riders On The Storm Bids For Repeat Win At Ascot

Riders On the Storm won last year but fell in the Ryanair and has been well beaten in his last two starts. Nigel Twiston-Davies ran him in the two-mile Shloer Chase at Cheltenham in November, where he faded rapidly from the third last. He then finished 26 lengths adrift of Master Tommytucker at Kempton last time, so is best watched until showing a return to his best.

Dashel Drasher is a course and distance winner trained by Jeremy Scott and takes a step up from handicap company. He was 33 lengths behind Master Tommytucker at Haydock in November when return after almost a year off the track. The son of Passing Glance then beat Itchy Feet by two lengths in a three-runner race at Ascot in heavy ground.

The handicapper raised his official mark to 152 for his next start here in January. He beat Bennys King by a length and a quarter in January and meets that rival on 2lbs worse terms. Bennys King was finishing runner-up in that valuable handicap for the second consecutive season. He is trained by Dan Skelton and has won four of his ten races over fences. That was arguably a career-best effort under 11st 12lbs, but he is still rated over a stone inferior to Cyrname.

The Ascot Chase is due off at 3.35 on Saturday 20th February and will be screened live on ITV.