The highlight of Saturday’s card at Ascot is the £1.3 million Qipco Champion Stakes over ten furlongs at 3.45.

The favourite is the French Derby winner Almanzor who won the Irish Champion Stakes at Leopardstown last month.

Trainer Jean-Claude Rouget resisted the temptation to run the three-year-old in the Prix de L’Arc de Triomphe in order to wait for this race. The son of Wootton Bassett is so effective at ten furlongs that this seemed the logical target. He has a brilliant turn of foot which he used to good effect when cutting down Found at Leopardstown.

That form received the highest possible compliment when the runner-up won the Arc for Aidan O’Brien next time. Seventh placed Highland Reel finished second at Chantilly where the faster ground suited him much better than the yielding ground in Ireland. Almanzor had three-quarters of a length to spare having been given a superb ride by Christophe Soumillon.

Aidan O’Brien had a vast array of talent to choose from for this race and has elected to run Found and US Army Ranger. Found was a thoroughly deserving winner of the Arc having been runner-up in her previous five races and will be partnered by Ryan Moore with Seamie Heffernan aboard her stable companion.

Found got first run on Almanzor at Leopardstown but the French colt was still able to peg her back. It will be interesting to see if Moore adopts different riding tactics at Ascot. Epsom Derby runner-up US Army Ranger has been beaten in both subsequent starts and this trip looks on the sharp side for the Chester Vase winner.

Fascinating Rock was a late withdrawal from the Arc and will be having his first race since being beaten by Success Days at the Curragh in August. He produced a career-best to win this race last year by a length and a quarter from Found. He needs cut in the ground to be able to produce his best form and the going is currently on the soft side of good. 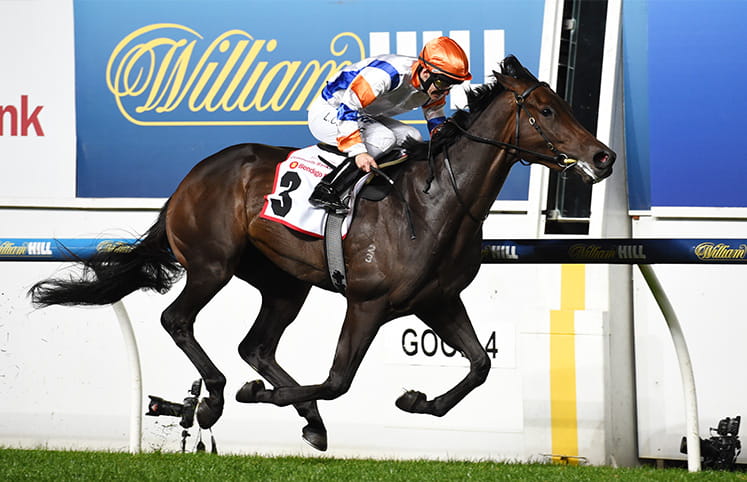 John Gosden could be represented here by Jack Hobbs, the winner of the 2015 Irish Derby winner and runner-up at Epsom. He started favourite for this race last year but finished only third behind Fascinating Rock. He reappeared at Newmarket in April but was pulled up by William Buick. He suffered a stress fracture to his pelvis and has been given plenty of time to recover. It would be a remarkable performance to win a race of this quality on his comeback.

Midterm was Derby favourite early in the season but he was fifth at York in the Dante Stakes and did not make it to Epsom. He suffered a stress fracture and made a pleasing return to action when chasing home Makahiki in the Prix Niel.

My Dream Boat just collared Found on the line at Royal Ascot in soft ground but he also looks held on Irish Champion Stakes form. Racing History finished a creditable fourth to Fascinating Rock in this race last year but has not set foot on the racecourse since. Trainer Saeed bin Suroor has warned that the four-year-old will inevitably need the race after such a lengthy lay-off.

*New customers to Paddy Power can get the special price of 8-1 Almanzor to a maximum £10 stake.

The Champion Stakes is due off at 3.45 on Saturday and will be screened live on Channel 4.