The big betting race at Ascot on Saturday is the Totescoop6 Challenge Cup over seven furlongs.

Mojito the market leader at Ascot

The race sees the return of impressive York winner Mojito, trained by William Haggas. The three-year-old completed a hat-trick in good style when beating Battered by two and a quarter lengths. The handicapper has put the son of Requinto up 9lbs to 104. He was rated 83 when winning a Sandown handicap over this trip in July. He has drawn widest of all in the eighteen-runner field which is not ideal.

Roger Charlton’s Makzeem is another potential improver, set to carry a 6lbs penalty for his recent win at Newmarket. The four-year-old ran well over course and distance in July when sixth in a big field behind Stamp Hill. He raced off a 6lbs higher mark when easily accounting for Ice Lord last time in good to soft ground.

Flaming Spear finished ninth that day but came out and won a valuable one mile handicap at York next time. He travelled strongly that day but floundered in heavy ground at Haydock in the Group 3 Superior Mile. The five-year-old has had his training problems, managing just thirteen starts in four seasons.

Burnt Sugar is a five-year-old gelding by Lope de Vega trained by Roger Fell. He has won four of his 37 races including last time out at Leopardstown. He ran on well to beat Silverkode by two lengths off a mark of 95. He had previously been beaten a length by Johnny Barnes at Goodwood off a 5lbs lower mark. The handicapper has raised Burnt Sugar 8lbs to a mark of 103 at Ascot.

Birchwood ran disappointingly last time out but cannot be discounted in a wide open race. The Godolphin-owned colt had looked a certain future winner when finishing third in the valuable Betfred Mile at Goodwood. He was fancied to win here last month and was beaten just over two lengths into seventh behind Remarkable. Gerald Mosse replaces Jamie Spencer in the saddle on Saturday.

Accidental Agent will have his supporters after just failing to beat Tabarrak in a Listed race at Newbury. Eve Johnson Houghton’s three-year-old had previously won a Kempton handicap but is now 19lbs higher in the weights.

Martin Harley rides hat-trick seeking Lord Glitters who makes his debut for the David O’Meara stable. He won in France in soft ground back in May and O’Meara does well with his French imports. Godolphin-owned gelding Yattwee was second to Donjuan Triumphant in good to soft ground at Haydock last time. That was his first run for over a year so it was a commendable effort.

Jamie Spencer has been booked to ride Mitchum Swagger for David Lanigan. The son of Paco Boy has been highly tried in the past, notably when running in the Group 1 Lockinge Stakes at Newbury. He won a Conditions race at Thirsk in August before finishing fifth to Ballet Concerto in a Group 3 at Haydock. Johnny Barnes was sixth in heavy ground at Haydock following his Goodwood victory. The better ground should be more to his liking at Ascot.

Raising Sand is a course winner for Jamie Osborne and he is closely matched with several of these on his latest run. The five-year-old was fourth to Remarkable when making up a lot of ground in the closing stages. 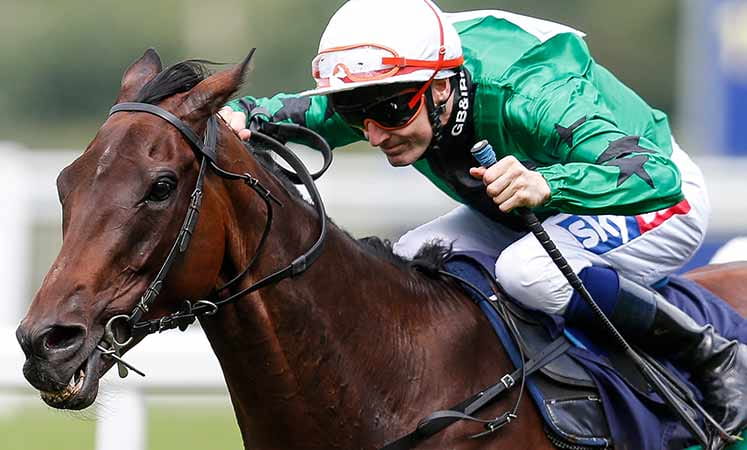 The Challenge Cup at Ascot on Saturday 7th October is due off at 3.35 and will be televised live on ITV4.