Arsenal take on Atletico Madrid in the 2nd leg of the semi-final of the Europa League. The stakes couldn’t be higher as Arsenal manager Arsène Wenger will leave the club at the end of the season. The calibre of his replacement could very well depend on the club achieving European football next year.

Arsenal face a tough task in Spain after failing to take advantage of a ten-men Atletico Madrid at the Emirates Arena. Atletico Madrid will be the happier side going into the second leg due to a precious Antoine Griezmann equalizer that levelled the aggregate to 1-1.

The Madrid team has not conceded a goal at home since January 20th and they have only conceded four goals at home in the entire 2017-2018 season, managing 12 clean sheets. Arsenal, on the other hand, have a dreadful away record this year, with only one win this year in the 2-0 win against AC Milan. Wenger’s team have lost six consecutive away matches in the premier league. The noise however coming from the Emirates is that the team are confident that they will deliver the Europa League for their coach Arsène Wenger who is set to leave the club at the end of the season.

How this week’s game could define Wenger’s legacy

The Europa League gives Arsène Wenger a chance to end his Arsenal career on a high. In recent years the club have failed to challenge both domestically and in Europe. He will be managing his 250th European match at the Wanda Metropolitano stadium and will be hoping that his team are able to score at least one goal that will keep their Champions League ambitions alive.

Since the announcement of his impending departure there has been a shift in attitude regarding the 68-year-old. Protests have been replaced by teary eyed nostalgia from the fans and publicly members of the Arsenal playing staff have declared their intention to give the manager a good send off.

The draw for the semi-final wasn’t kind to Arsenal with FC Red Bull Salzburg and Marseille being the other teams left in the tournament. Whoever is victorious in the Atletico v Arsenal game will fancy their chances of winning the tournament and securing that vital Champions League spot.

What are Arsenal’s realistic chances of progressing?

Atletico will have the services of their new signing Diego Costa who has quite a reputable history of scoring against Arsenal. In the six occasions that he has faced the Gunners he has netted three goals. Perhaps almost as important is the player’s ability to get under Arsenal’s skin, being directly responsible for two red cards shown to Arsenal players in previous meetings.

The English side failed to take advantage of a very early sending off for Sime Vrsaljko in the first leg, despite playing against ten men for over 80 minutes they weren’t able to kill the game off. The Spanish side will be back to full strength and have home advantage.

Arsenal are historically good at creating chances and will be relying on their assist maestro Mesut Özil to provide the support but the main question mark is whether their strikers will deliver. Pierre-Emerick Aubameyang is ineligible to play so the main focal point of their attack will likely rest with Alexandre Lacazette. Danny Welbeck could support Lacazette up front but is more likely to be brought on from the bench if a goal is needed in the closing stages.

Henrikh Mkhitaryan, if fit, could be key to Arsenal’s hopes of progressing to the final. The 29-year-old Armenian scored in his last game against former club Manchester United but is rated as doubtful due to an ongoing knee problem. Alex Iwobi is ruled out of the game, as he picked up a hamstring injury in the same match.

The only worry for Diego Simeone will be in the right back position with Juanfran side-lined with a hamstring injury. Šime Vrsaljko is suspended and Filipe Luís is also injured but their second left-back Lucas Hernández, who was impressive in the first leg, will fill the void.

The bookies have Arsenal as 2/1 shots to win in Spain. I think these are quite tight odds and I fully expect Madrid to have too much strength in defence which Arsenal will struggle to break down. 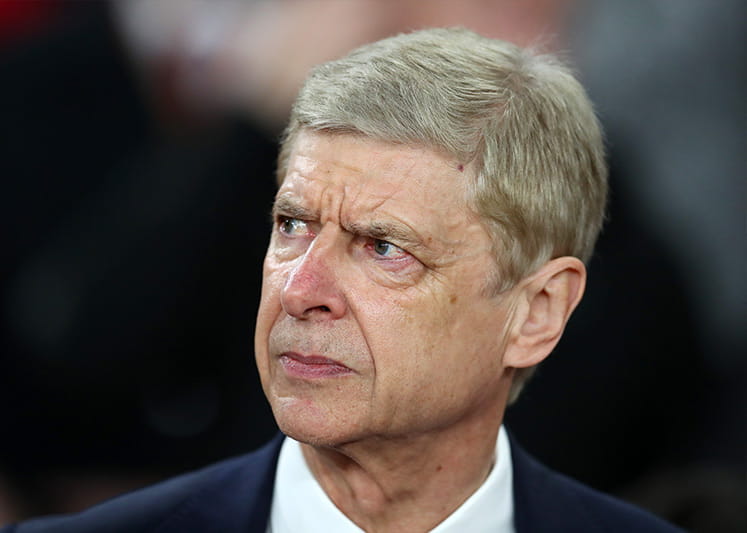 In recent years, Arsenal have been rather disappointing in Europe. Under Arsène Wenger, they never missed the Champions League qualification until this season in which they only managed a Europa League spot.

They have been knocked out of the Champions League in the round of 16 consecutively since the 2010/2011 season and last year’s European adventure ended in humiliation, they were thumped 10-2 on aggregate to Bayern Munich.

Arsenal’s only trophy in Europe came in 1994 when they won the now defunct Cup Winners’ Cup. Teams that competed in that tournament include Odense, Torino, Degerfors and Maccabi Haifa which gives an indication of the lower quality of opposition in that tournament. Madrid are likely to prove a much stiffer test.

They have then reached the finals of the 2006 Champions League final where they lost to Barcelona and they also lost to Galatasaray in the 2000 UEFA Cup final. Arsenal have a reputation of not producing the goods when needed, will they succeed this time or will be another case of “same old Arsenal?”