Arsenal close the gap on Chelsea

Arsenal have closed the gap on fourth place Chelsea by beating the Blues convincingly on Saturday afternoon. The Gunner’s hopes of a top four finish are revived with Arsenal now just three points behind Chelsea in fifth.

Arsenal started the match at a frantic pace and two first-half goals was enough to sink Chelsea. Andre Lacazette continued his fine scoring record against the big teams, while Laurent Koscielny sealed the win with a header.

Unai Emery should be commended for his positive approach, especially with Arsenal on a bad run of results. The Gunners started the match pressing high, pushing Chelsea back, and their rewards came quickly. Arsenal continued to play with that verve throughout, and it stifled Chelsea’s attempts to maintain control and play the ball out from the back.

Arsenal could have taken the lead inside ten minutes, but Pierre-Emerick Aubameyang couldn’t connect with a low cross inside the six yard box. Lacazette quickly made amends for his strike partner though, with some great close control and a precise finish within the first quarter of an hour.

The lead was doubled after an attempted header from Laurent Koscielny came off the defender’s shoulder and somehow snuck inside the far corner. Chelsea hit the post through Marcos Alonso just before half-time, but the Blues were fortunate to just be two behind at the break.

Arsenal also kept just their fourth clean sheet of the season, but the Gunners look likely to be without important defender Héctor Bellerin for the rest of the season. Bellerin had to be stretchered off after incurring a knee injury. Doctors are waiting for the swelling to reduce before conducting scans, but it does not look like good news for Bellerin or Arsenal. This has been reflected in the odds on the best football betting sites. 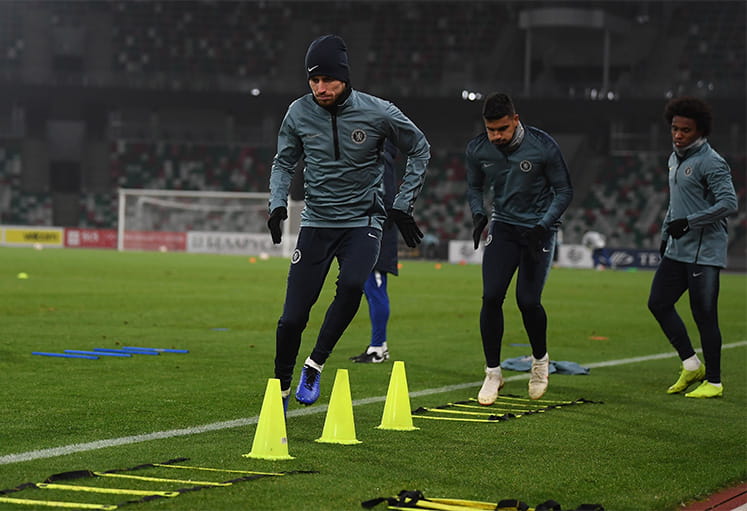 Maurizio Sarri once again went with Eden Hazard up-front and was once again shown how the approach is not working. Chelsea have failed to break down both Southampton and Arsenal within the last three games and their need for a striker is obvious. It was another disappointing performance from Hazard, who has himself stated he does see a striker role as preferred.

Sarri decided not to go with Olivier Giroud, but the Frenchman’s introduction in the second half did little to help. Gonzalo Higuain looks the man most likely to be drafted in.

Higuain has worked with Sarri before at Napoli and is currently on a loan deal at AC Milan. Reports suggesting a loan deal to Chelsea persist however, and the rumours are growing even stronger after Higuain was left out of the AC Milan squad for the last match.