As Barcelona lick their wounds after a 4-0 thrashing at the hands of PSG during the first leg of the UCL second round, the Catalan giants have already been written off by fans and pundits alike. After all, no side in history has ever overcome a four goal margin during the knockout stages of the tournament, while PSG’s quality suggests that they are likely to pose a goal threat of their own at the Nou Camp.

The Champions League has seen a number of thrilling comebacks during its time, however, while a side of Barca’s pedigree can never be counted out entirely.

Luis Enrique’s men would have to produce the single greatest recovery in UCL history, however, so we thought we would take a look back at the icon games that could serve as inspiration for them.

Interestingly, Barca fans need only cast their minds back to 2013 to envisage a time when they succeeded despite the odds. During a second round clash with AC Milan, the Catalans endured a damaging 2-0 defeat in the first leg at the San Siro, with Kevin-Prince Boateng and Sulley Muntari scoring the goals that put the Rossoneri on the brink of the last eight.

Barca approached the second leg with genuine relish, however, attacking from a solid foundation while displaying all of their fluid passing, incisive movement and relentless pressing. A Lionel Messi double levelled the tie before half-time, while further goals from David Villa and Jordi Alba ensured that Barcelona qualified with something to spare on an unforgettable note.

Interestingly, such a result would force extra-time in the return leg against PSG, so this should offer hope that Barca can still progress this year.

After the first leg of the 1998/99 Champions League semi-final between Juventus and Manchester United, the Old Lady of Italian football were slight favourites to progress courtesy of securing an away goal during a 1-1 draw. This feeling was compounded after just 10 minutes of the second, when Juventus raced into a two goal lead following a predatory brace by Fillipo Inzaghi.

Juve’s home record at the time was imperious, while United’s dreams of an unprecedented treble seemed to have all but evaporated. This failed to account for an incredible performance by captain Roy Keane, who despite being ruled out of the final with an unfortunate booking managed to lead by example and score the goal that secured the Reds a foothold in the tie.

Further strikes by Dwight Yorke and Andy Cole secured a memorable win, and one that was all the more remarkable given the quality of the opposition, their home pedigree and the fact that United only had 80 minutes to complete their comeback. 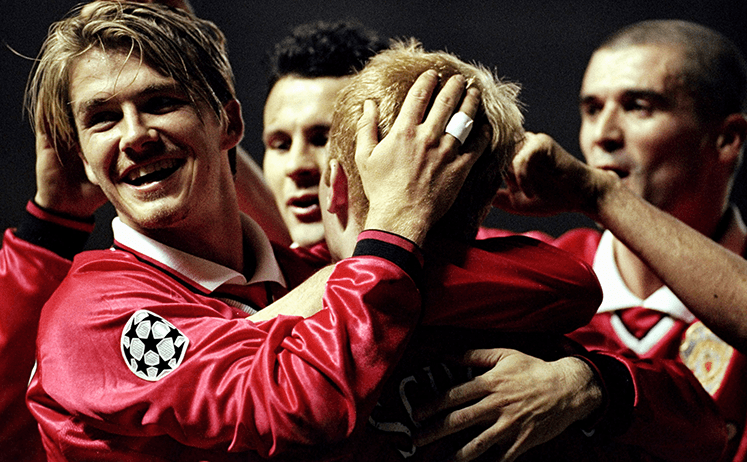 Before we get to the single, greatest UCL comeback, we must make a couple of honourable mentions. United’s stoppage time win over Bayern in the 1999 Champions League final deserves praise, for example, as does Deportivo’s stunning 4-0 win over AC Milan in the second leg of the 2004 quarter final (they had been beaten 4-1 in the San Siro).

Our final choice refers to another, iconic three goal recovery, and one that was completed in five breathless, second-half minutes. Trailing 3-0 to a masterful Milan side during the 2005 final in Istanbul, Liverpool roused after half-time with quick-fire goals by Steven Gerrard, Vladimir Smicer and Xabi Alonso taking the game to extra-time.

Visibly rattled, Milan struggled to regain their composure and eventually lost a tense penalty shoot-out. Manager Rafa Benitez and skipper Steven Gerrard for the tactical innovations that dragged the Reds back into the game, but it was goalkeeper Jerzy Dudek’s incredible double save in extra-time and performance in the shoot-out that secured the Reds fifth European Cup triumph. 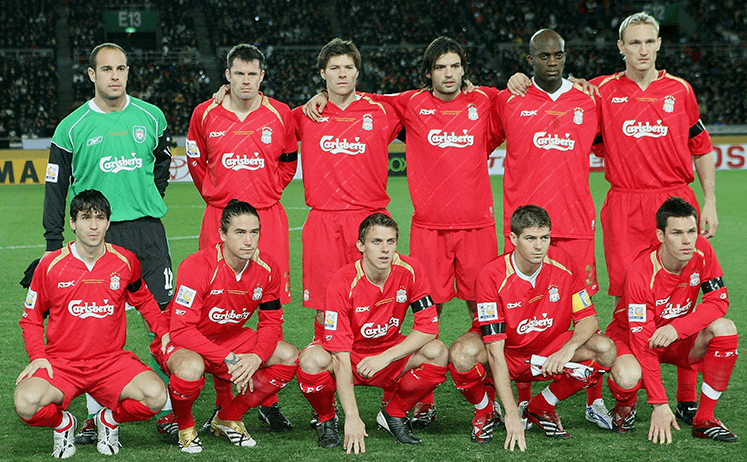