The defeat against Tottenham leaves Sunderland at 19th place in the standings of The Premier League winning only two points from the first five rounds of the season. Advocaat faces real problems in the team’s defensive play; The Black cats have conceded at least one goal in every game this season.

Bournemouth are also finding it hard to keep a clean sheet, conceding three goals in their last match against Norwich at Carrow Road. The Cherries are playing well in going forward, organizing their attacks principally down the right flank.

The match forecast shows it’s very likely Bournemouth will score from their players individual skills. Sunderland are good at taking advantage of the opposition’s errors, so if they score it will likely be due to mistakes by Bournemouth’s defensive line up. Another strength of The Black Cats’ playing style is stealing the ball from their opponents and keeping possession.

It will be interesting to see whether Sunderland can earn their first victory of the season. Now is the time for Dick Advocaat’s team to do it when their adversary has serious injury problems.

Steven Fletcher will be out of the Sunderland squad. He has recently received an injury and won’t be available for the visit to The Vitality Stadium.

Another two players set to miss the match for Sunderland are Adam Johnson and Matthews, both have long-term injurers.

Eddie Howe, Bournemouth’s manager, is feeling the effects of the lack of key players, as Daniels, Arter, Gradel and Mings are sidelined.

Jordi Gomez is match fit and will be included in the Sunderland’s starting eleven by Dick Advocaat. 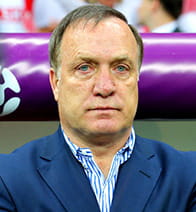