20 years ago, on the challenging planes of Augusta, Tiger Woods announced his arrival as a global superstar by devastating the field to claim the U.S. Masters. This truly monumental performance has set a benchmark in excellence at this particular tournament, which is renowned for the difficulty of the Augusta course and often austere weather conditions.

Woods will sadly be absent from this years’ Masters, as he continues to contend with a loss of form, fitness and, most importantly, confidence. This should not detract from the overall quality of the field that will compete for Masters glory, however, with a number of stellar players set to lock horns for one of the game’s ultimate prizes.

A Look at the Field: Who Are the Front-runners?

At the head of the queue is Dustin Johnson, who burst onto the scene by winning the U.S. Open last year. He has since ascended to number one in the world rankings, while also recording three wins from his last three starts on the tour. He arrives at the Masters with the perfect meld of form and confidence, meaning that will be difficult for the chasing pack to stop him from continuing his outstanding, recent run.

Even the most impressive form can be rendered irrelevant by the challenging Augusta course, however, while the potential for high winds and heavy rain at this years’ event will create further issues. This will suit players like the world number six, Jordan Spieth, who has a natural affinity with the course and has never finished outside second position at the tournament. So, while his aberration at the 12th hole last year prevented him from achieving back-to-back wins, he remains a key contender this time around. 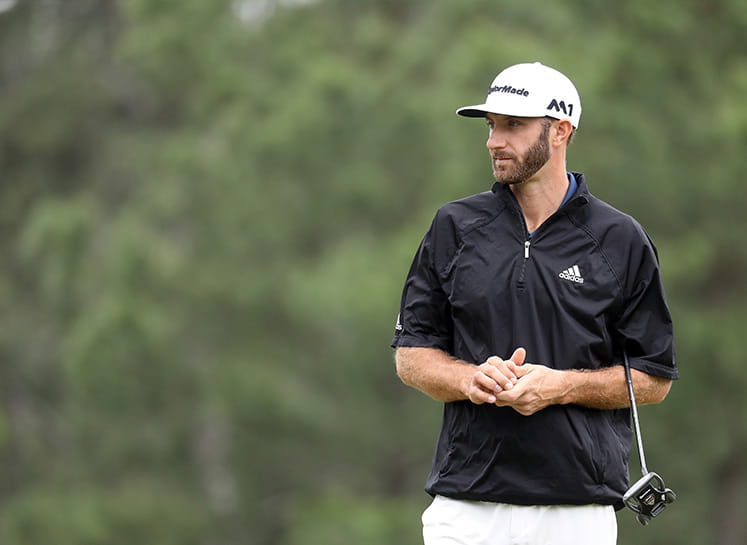 At the other end of this scale we have Rory McIlroy, who despite his pedigree has failed to reproduce his best form at Augusta. In fact, victory this time around would establish the Ulsterman as only the sixth player in history to win all four majors during their career, as he looks to overcome the issues that have plagued him at the Masters sine his debut. He has at least arrived at the tournament in good form, having not placed outside of the top 10 in any of the stroke-play events he has started in 2017.

The Bottom Line: Are There Any Outsiders Who Can Cause an Upset?

Outside of these three players, there are others who have the potential to spring a surprise at the Masters this year. Take Bubba Watson, for example, a two-time Masters winner who enjoyed a stellar 2016. While he has endured a difficult start to the new year, he retains the experience and know-how to make a mark at Augusta this time around. The young Spaniard John Rahm is also a contender, having made a huge impression despite playing as an amateur less than nine months ago.

In terms of defending champion Danny Willett, the Englishman has experienced mixed fortunes since claiming his maiden major title at Augusta last year. The weight of expectation and the burden of the coveted green jacket has certainly weighed heavy on his shoulders, and few believe that he has the belief or the game at present to retain his hard-earned title.