The feature race at Newcastle on Good Friday is the £100,000 32Red Burradon Condition Stakes at 3.55. The race is restricted to three-year-olds over a mile and was designed to attract potential Classic contenders.

The early favourite is the unbeaten Syphax, owned by Godolphin and trained by Kevin Ryan. He made a pleasing debut when beating Lucky Esteem at Musselburgh in July. The bare form did not amount to a great deal and he started at 16-1 for his next start at York in the Group 3 Acomb Stakes.

He was held up by Jamie Spencer and responded well to pressure to beat Best Of Days by a head. The runner-up is owned by Godolphin who was sufficiently impressed to buy Syphax after the race. The son of Arch is reportedly being aimed at the Dante Stakes at York rather than the 2000 Guineas. His pedigree and style of racing suggests that he could develop into a Derby horse but an impressive performance here could yet see him diverted to Newmarket.

His main market rival is South Seas, a colt by Lope De Vega out of a Mizzen Mast mare. He is trained by Andrew Balding, who has entered him in Classic races at home and abroad. South Seas was a smart juvenile, winning the Group 3 Solario Stakes at Sandown in August. He then finished sixth in the Group 1 Dewhurst Stakes and was beaten by Thunder Snow in the Criterium at Saint-cloud. This will be his first run over a mile and he is yet to race on an artificial surface.

Utmost an Exciting Prospect for Gosdent

Taamol is a colt by Helmet out of Supreme Seductress by Montjeu trained by Sir Michael Stoute. He made a winning debut at Newmarket in June in a five-runner race on soft ground. He then took his chance in a Listed race at Doncaster in September where he raced freely before fading into fifth behind Rodaini. Taamol does not hold any significant future entries but his trainer has made a fast start to the new season, winning a valuable handicap on the opening day at Doncaster.

John Gosden and Frankie Dettori team up with Utmost, a colt by Giant’s Causeway out of a mare by Alphabet Soup. He started joint-favourite on his racecourse debut when comfortably beating Cape Byron at Leicester. He holds entries in the 2000 Guineas and the Dante Stakes and is an exciting prospect.

Saeed bin Suroor runs Leshlaa here in preference to Dubai Horizon. Leshlaa is a colt by Street Cry out of a Singspiel mare, a five-lengths winner at Kempton in November. That followed a promising debut run when second to Giovanni Battista at Newmarket the previous month. He has been entered in the 2000 Guineas and the Derby.

Mark Johnston relies on Masham Star from his original three entries. He has been running in Dubai and was not disgraced in a Listed race last time when fourth to Top Score. James Tate’s Volatile is a son of Poet’s Voice out of a Singspiel mare, who won on his racecourse debut at Chelmsford. He finished three lengths behind Second Thought here last month when fading in the closing stages. He steps up to a mile for the first time.

Forest Ranger completes the line-up, a son of Lawman trained by Richard Fahey. He won a Redcar maiden in September before finishing third in a Listed race on soft ground at Pontefract. 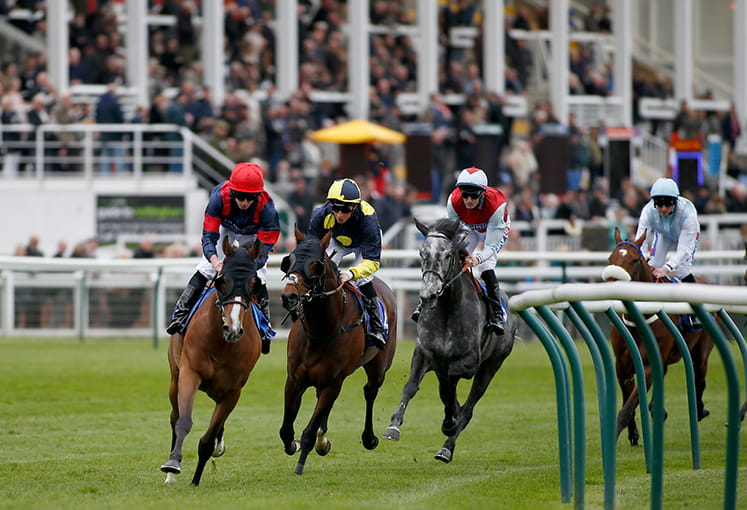 The race is due off at 3.55 on Friday and is part of ITV4’s coverage which also features the all-weather championships at Lingfield Park.