2018 Six Nations – A look at the results and fixtures

The Six Nations action has begun with all the home nations in action. England cemented their position as favourites for the title with a comfortable win over an average Italian side. Ireland scrapped past a plucky French side and Scotland were well beaten by a strong Welsh team.

England started their Six Nations campaign in great form, demolishing Italy with a score line of 46 to 14 as they look to become the first nation to win back-to back Six Nations titles. The English were expected to beat the Italians and in reality, the match result was rarely in doubt as England scored seven tries against a lacklustre Italian side.

The Italians went into the game full of enthusiasm and it would be unfair to not at least acknowledge some of the potential within the Italian side. But potential doesn’t always translate into points and in many ways, this was an ideal warm-up game for Eddie Jones’s team. His England team scored seven tries, including two for Anthony Watson and Sam Simmonds. You would expect the Welsh to pose England a greater threat when the pair meet at Twickenham this Saturday. The loss of Billy Vunipola and Nathan Hughes will be a blow for England but they still have the depth in numbers to cope.

Ireland’s fly-half Jonathan Sexton is the man who Irish hopes will be pinned on if Ireland are to make this a successful campaign. Despite not playing their best rugby, the Irish managed to keep control in the game against the French and secured a 13-15 victory. You would expect the Irish to have an easier encounter against the Italians on Saturday, that could turn out to be a high-scoring match for the Irish.

Scotland’s remote hope of winning this tournament already look to be well and truly over after a humiliating 27-point thrashing in their first game against a powerful Welsh team. Gregor Townsend will have a tough task to motivate his players in time for the game against France on Sunday. The Scots will be desperate for a good home performance before their next away game which is in Dublin on 10th March. 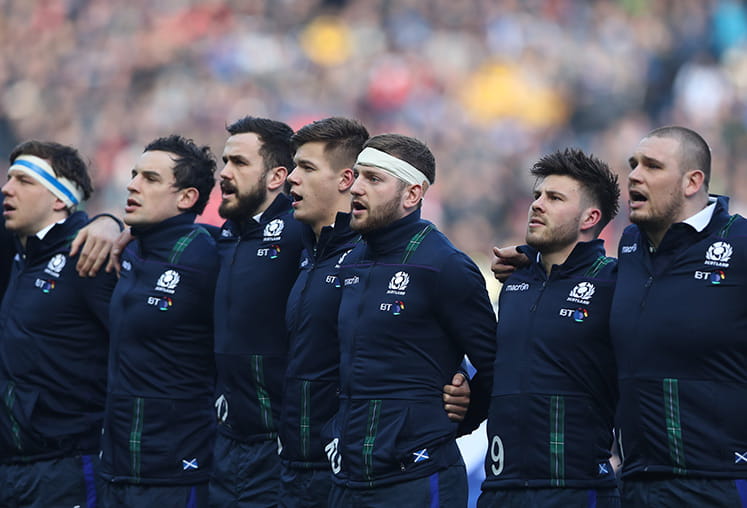 The Welsh were stunning in periods in the 34-7 destruction of Scotland. Two tries in the opening 11 minutes took the fight out of Scotland and it was a routine win in the end. Facing England away in their next game should give us a firm indication if the Welsh can challenge England for the Six Nations. We might have only played one game but the match at the weekend may well go a long way in deciding the whole competition.