The second Classic race of the weekend is Sunday’s 1000 Guineas for three-year-old fillies over a mile at Newmarket. Notable past winners include Pebbles (1984), Oh So Sharp (1985), Salsabil (1990) and Bosra Sham (1996). In recent years the race has been dominated by Aidan O’Brien, saddling three of the last four winners.

The Ballydoyle trainer first won the 1000 Guineas in 2005 with Virginia Waters. Ryan Moore rode shock winner Homecoming Queen for the stable in 2012 and was aboard Minding in 2016. Wayne Lordan partnered O’Brien’s most recent winners, Winter (2017) and Hermosa (2019). 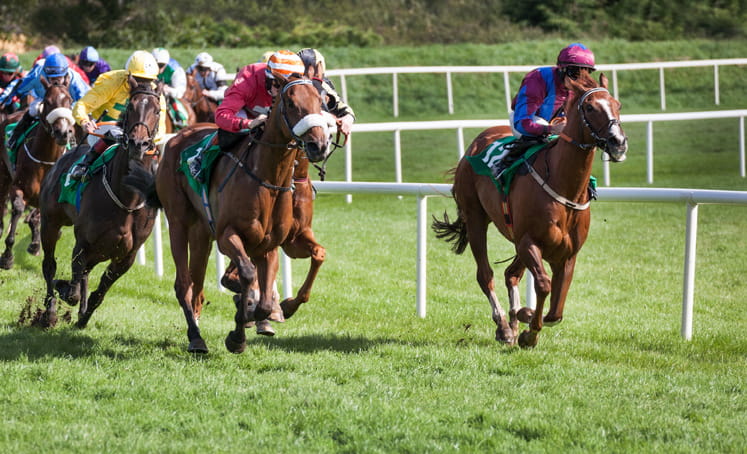 The ante-post favourite is Roger Charlton’s unbeaten Quadrilateral, a daughter of Frankel. She was progressive last season, winning her first two starts at Newbury before taking the Group 1 Fillies’ Mile over course and distance in October. She had to work hard to beat Powerful Breeze by a head with Love a further length and three-quarters back in third. The runner-up is an absentee but the third horse renews rivalry on Sunday.

Love is O’Brien’s only representative this year after he withdrew Peaceful and So Wonderful on Thursday. The daughter of Galileo stayed on again after being out-paced in the dip in October. She has a bit of ground to make up on Quadrilateral but is unlikely to fail through lack of fitness.

Millisle defeated Raffle Prize by a length and three-quarters in the Group 1 Cheveley Park Stakes in September. That race was over six furlongs and she is not guaranteed to stay a mile. The same could be said of the runner-up, although she wasn’t stopping when beaten narrowly by Earthlight in the Group 1 Prix Morny at Deauville. That was over six furlongs in heavy ground but she is also a winner on good to firm at Royal Ascot.

Gosden and Dettori team up with 33-1 outsider

Cloak Of Spirits represents the Richard Hannon stable who provided 66-1 shocker Billesdon Brook in 2018. Cloak Of Spirits won’t be that price having finished only half a length away in third in the Group 2 Rockfel Stakes behind Daahyeh. She had previously finished sixth in the May Hill Stakes over a mile.

It isn’t often you see the combination of John Gosden and Frankie Dettori priced up at 33-1 but those odds have been available for Shimmering this week. The daughter of Lope De Vega carries the Lloyd-Webber colours but is taking a huge step up in class from winning a Lingfield novice. The Gosden team have been quickly out of the blocks after the resumption and this filly is certain to attract each-way support.

Another filly who could be over-priced is the Charlie Appleby-trained Summer Romance. She won her first two races stylishly before being beaten at odds-on at Royal Ascot last July. The vet reported that she finished lame that day but there were no obvious excuses for her final start when third at Salisbury. She could improve, particularly now that she steps up to a mile for the first time.

Under The Stars and Boomer were high class juveniles, racing consistently in Group class. Under The Stars won a valuable auction race on her final start and is closely matched with the likes of Love and Cloak Of Spirits.

The 1000 Guineas is due off at 3.35 at Newmarket on Sunday 7th June and will be televised live on ITV.