Newmarket stages the second Classic of the season on Sunday with the £500,000 Group 1 1000 Guineas over a mile. This is the first fillies’ Classic of the year and famous past winners include Pebbles (1984), Oh So Sharp (1985), Salsabil (1990) and Minding (2016). Aidan O’Brien has won the race three times in the past seven seasons. Last year’s race produced the biggest shock in 1000 Guineas history when Richard Hannon’s Billesdon Brook won at 66-1.

Roger Varian looks to have a strong hand here with Qabala and Mot Juste, first and second in the Nell Gwyn Stakes. Qabala came out on top by a length and three-quarters and was having only her second career start. Her odds have tumbled in the ante-post betting and David Egan retains the mount.

Mot Juste led at the furlong marker but had no response to the acceleration shown by her stable companion. The daughter of Distorted Humor looks likely to improve with a furlong further to travel on Sunday and will be ridden by William Buick.

Skitter Scatter was a leading juvenile in Ireland last year, winning the Group 1 Moyglare Stud Stakes on her final start. She represents the John Oxx stable who knows how to prepare a horse for a Classic.

Gerald Mosse partners Dandhu, a short-head winner over Iconic Choice in the Fred Darling Stakes at Newbury. She had been beaten by Just Wonderful in September but does have a fitness advantage over many of her rivals.

Iconic Choice finished strongly at Newbury and looks certain to appreciate the extra furlong. She is a daughter of St Leger winner Sixties Icon and won over a mile in heavy ground last season. Star Terms was only a length behind in fourth place in the Fred Darling and was runner-up in the May Hill last season.

Aidan O’Brien has left in Fairyland, Fleeting, Just Wonderful and Hermosa. Fairyland showed plenty of speed as a juvenile but is not guaranteed to stay a mile. She beat The Mackem Bullet narrowly in the Cheveley Park Stakes in September.

Fleeting won the May Hill Stakes over a mile, a race which is often a better guide to the Oaks than the Guineas. Hermosa also looked more of a staying filly as a two-year-old. Just Wonderful won the Rockfel Stakes before finishing fourth in the Breeders’ Cup Juvenile Fillies’ Turf in November.

Joseph O’Brien relies on Iridessa, a 14-1 winner of the Fillies’ Mile in October. She is bred to get a mile and a half and looked a little one-paced when third on her reappearance at Leopardstown last month. That was over seven furlongs on soft ground and there should be better to come when she steps up to ten furlongs and beyond.

Lady Kaya was a comfortable winner of the 1000 Guineas Trial at Leopardstown for Sheila Lavery. She was second to Skitter Scatter at the Curragh last season but ran disappointingly on faster ground at Newmarket next time. Any rain would improve her prospects. 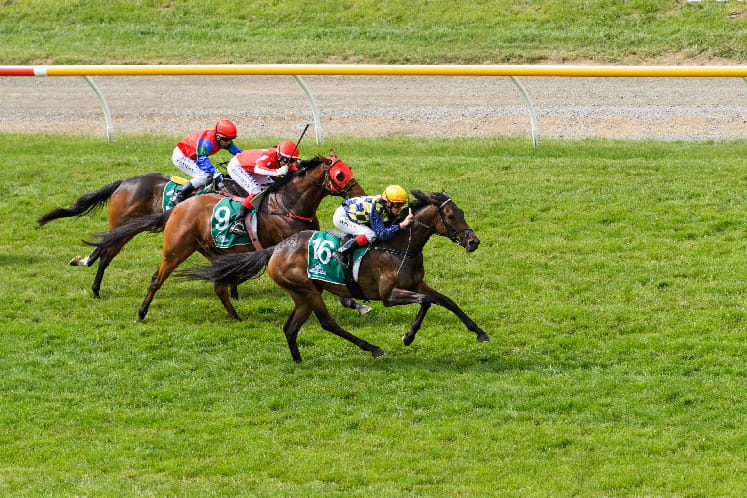 The 1000 Guineas is due off at 3.35 at Newmarket on Sunday and will be televised live on ITV.