The 1000 Guineas is the first fillies’ Classic of the new season and takes place at 3.40 at Newmarket on Sunday afternoon. Aidan O’Brien has not managed to dominate the 1000 Guineas in quite the same way as he has the 2000, but he has now won four of the last five renewals. Last season he took the race with the brilliant Love who went on to win the Epsom Oaks. Other famous winners of the 1000 Guineas include Pebbles (1984), Oh So Sharp (1985), Salsabil (1990) and Bosra Sham (1996). 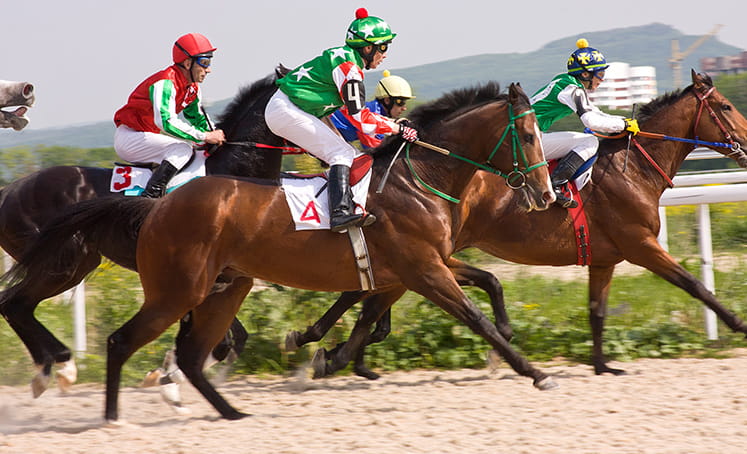 It is almost unheard of for a modest maiden winner to start hot favourite for a Classic, but Santa Barbara has dominated the betting this spring. O’Brien’s glowing reports about the daughter of Camelot have largely been responsible after a win in a maiden at the Curragh on her only start last September.

The runner-up was beaten on her next three starts before winning a maiden at Cork, while the next four horses to finish all remain maidens. Form students will certainly not be tripping over themselves to take cramped odds about the favourite here.

Joseph O’Brien saddles the second favourite with Pretty Gorgeous, a high-class juvenile who ended the season with Group 1 success in the Fillies’ Mile. She ran on well to beat Indigo Girl and Mother Earth with old rival Shale back in sixth place. Pretty Gorgeous had tussled with Shale on her three previous outings, beating her in the Debutante Stakes but losing out in the Flash Stakes and the Moyglare Stud Stakes. She is proven over a mile and represents top-class two-year-old form.

The same can be said of third favourite Alcohol Free, the winner of the Cheveley Park Stakes over six furlongs in September. Andrew Balding’s filly was reportedly in need of the run when scraping home in the Fred Darling at Newbury recently. That was a decent effort and proved that she stays seven furlongs, although her dam did not win beyond that distance.

Consistent Sacred Back In Guineas Picture

Sacred was a consistent two-year-old, winning on her debut before finishing runner-up in Group 2 events at Ascot, York and Doncaster. She was last in the Cheveley Park on her final start of 2020 but returned to action with a decisive success at the Newmarket Craven meeting. She beat Saffron Beach by three-quarters of a length in the Group 3 Nell Gwyn Stakes over seven furlongs. The runner-up was suffering her first defeat at two victories here as a juvenile.

Mother Earth has just one victory from eight races but ran her two best races in defeat last Autumn. After finishing third to Pretty Gorgeous, she travelled to Keeneland, where she finished runner-up in the Breeders’ Cup Juvenile Fillies’ Turf over a mile. Martyn Meade saddles Statement, beaten a short-head by Alcohol Free at Newbury on only her fourth career start. That was a fine effort, and there is plenty of scope for improvement, especially over longer distances. Her dam was a winner over a mile and a half, so it would be no surprise to see Statement line up in the Epsom Oaks next month.

Queen’s Speech has similar form to her stable companion and favourite Santa Barbara but is available at 25-1. She won a Curragh maiden by five lengths in November in heavy ground and has a plethora of Group 1 entries. Fev Rover won a Group 2 at Deauville in August but could finish only fourth at Longchamp in October. She did win on good to firm at Sandown last summer.

The 1000 Guineas is due off at 3.40 at Newmarket on Sunday 2nd May and will be televised live on ITV.